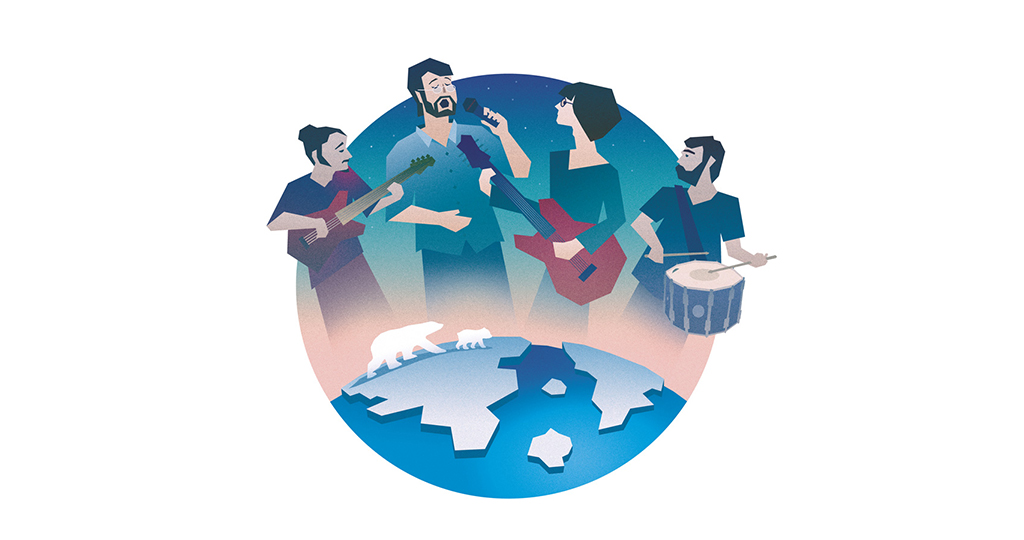 “Ninni la tibkix iżjed, ninni Ġesù Bambin” – Ninni, Ninni is a multi-disciplinary project that amalgamates the world of jazz and animation, exploring how lullabies from around the world cater for the meaning of the phrase.

We all know and love this timeless Christmas carol, but did you know that Ninni La Tibkix Iżjed is also a traditional Maltese lullaby? In fact, ninni is the Maltese word used by many parents to rock their babies and toddlers to sleep, and it is etymologically derived from the Italian verb ninnare – to lull a baby to sleep. Inspired by this, Ninni, Ninni is a multi-disciplinary project that amalgamates the world of jazz and animation, exploring how lullabies from around the world cater for the meaning of the phrase.

As his mother sings him into a slumber, Ninni the polar bear dreams of going on a journey in search of a new home where they can rest. Along the way, Ninni discovers several lullabies from around the world, interpreted by a jazz combo. The audience will experience renditions of these lullabies, while Ninni’s journey will be portrayed through the medium of animation. The musical and animated aspects of the project will flow from one to another; the animation will purposely be silent throughout most of its duration. As an immersive audience, you will be guided to find or create objects in your own homes, and create sounds throughout each animation when prompted. In other words, you’ll be immersed into the project as our very own foley artists.

So, make yourselves comfortable, and let yourselves embark onto Ninni’s venture.