Since its inception in 2011, the Festival has aimed to develop a national repertoire of creative work for children and young people. Over the past eight years, we have commissioned over 60 new projects in a variety of genres and creative forms, and collaborated with local stakeholders to present work of high artistic excellence for young audiences! Following the continuing success of these events, in 2019 we began to run a year-long ŻiguŻajg programme. 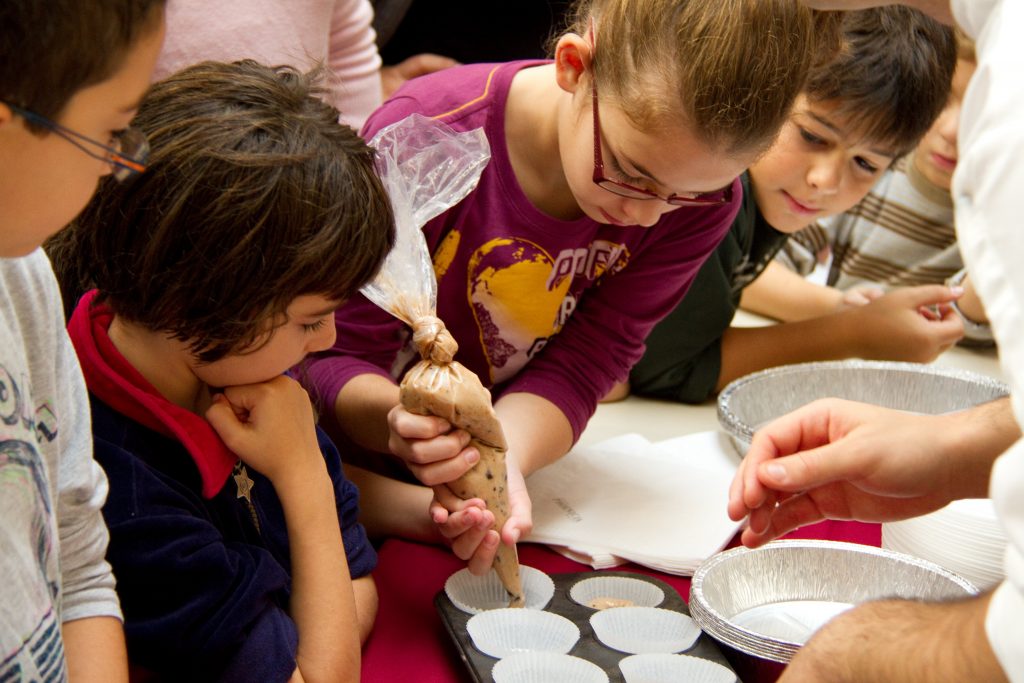 Back in the day, the idea of a children’s festival in Malta was pretty new, not to mention a little radical. Initially, everyone thought a day’s worth of activities in Valletta for the little ones to enjoy would suffice. But our team had bigger and bolder plans.

They envisioned a week-long celebration of arts and culture within the walls of the capital city, with local pupils of all ages as the target audience. Naturally, everybody thought this was a much better and far more brilliant idea, and so it was in 2011 that the ŻiguŻajg Festival was established.

“Putting arts and culture for children and young people at the core of our creative ecology was by far ŻiguŻajg’s vision and mission.”
– Daniel Azzopardi, Artistic Director 2016 – 2019 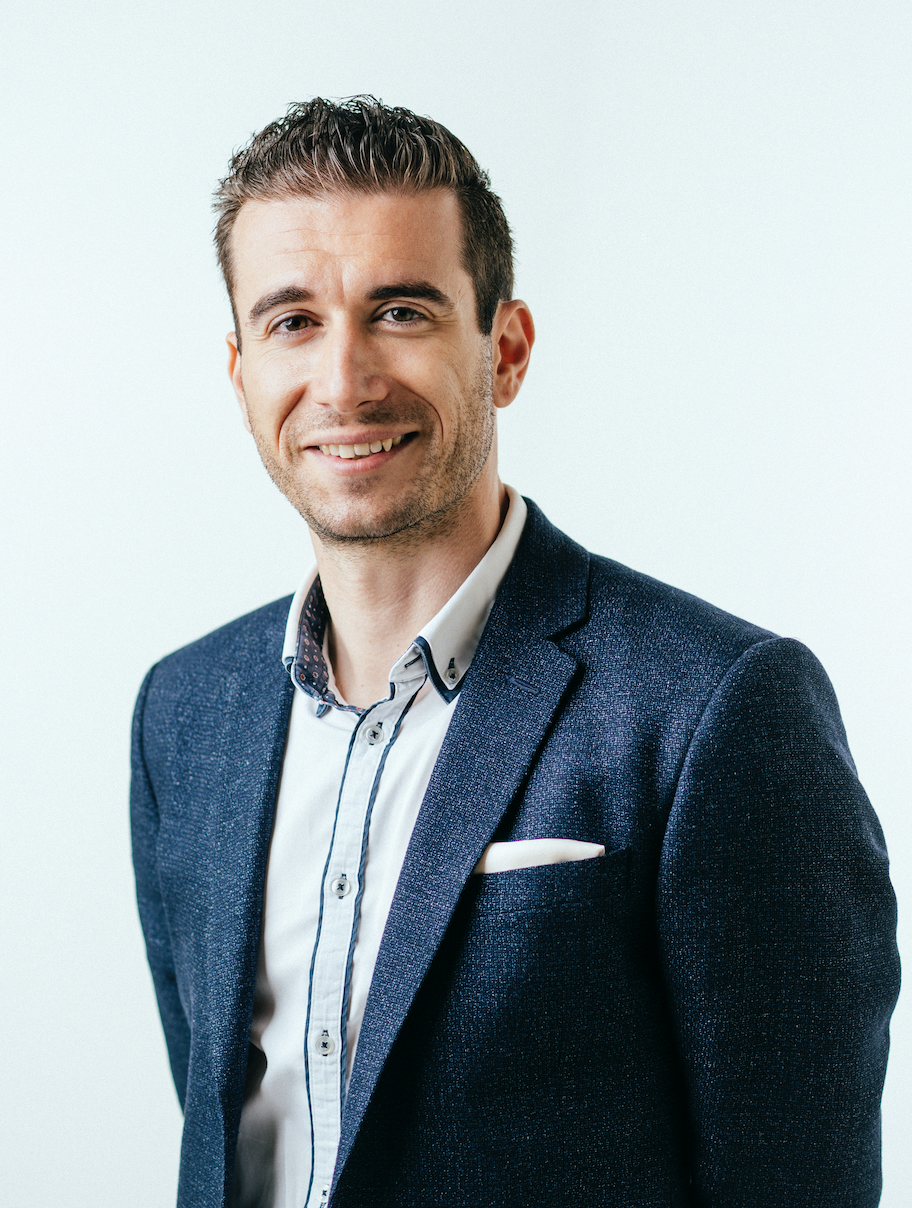 In conjunction, the objective of ŻiguŻajg was to host and provide a welcoming platform for local and international artists and companies to exhibit their work in Malta. 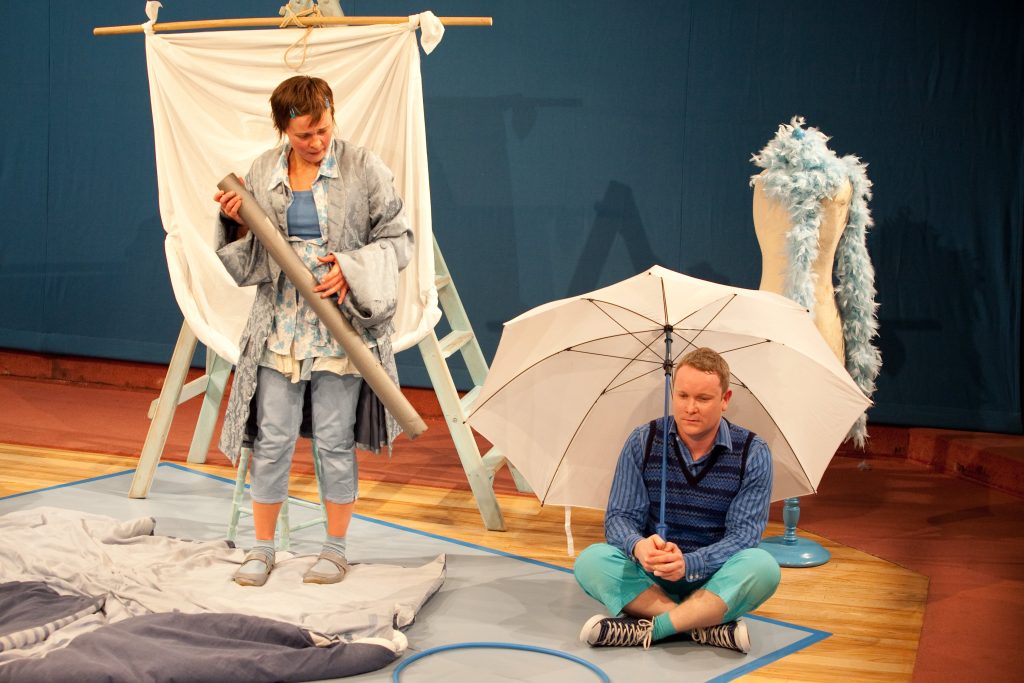 Programmed within six months, the first festival was held between the 14th and 20th November 2011, under the artistic direction of Sarah Spiteri. She was supported by Christopher Gatt, who as General Manager for St James Cavalier – Centre for Creativity, oversaw the Festival’s organisation, in collaboration with Project Coordinator Jean-Marc Cafa’.

At the time, admissions to all ŻiguŻajg Festival events and performances were free. The festival boasted 100 shows with over 20 companies performing, including the Malta Philharmonic Orchestra and the Dance Council.

“Many of the children who had attended the Festival back in 2011 are now parents themselves!”
– Sarah Spiteri, Artistic Director 2011 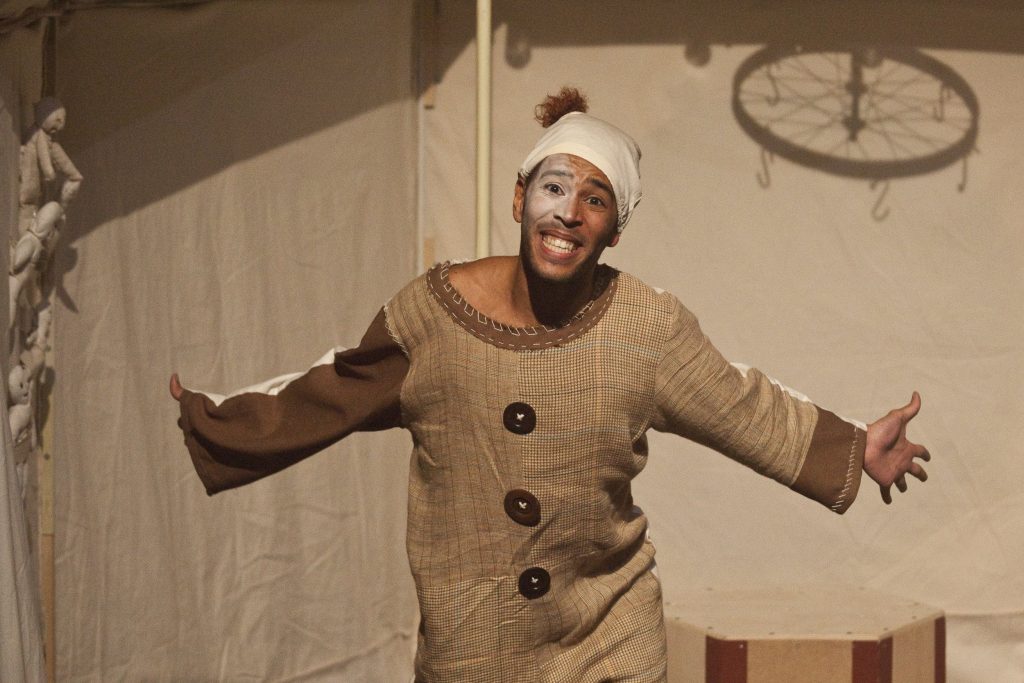 The Journey Continues: Toni Attard is appointed as the new Festival Director

For the second edition, it was time for ŻiguŻajg to broaden its horizons, and set sail for Gozo!

Commencing on the 19th November, the ŻiguŻajg International Arts Festival for Children and Young People set up camp in a number of venues in Valletta and Gozo. This edition consisted of 24 local and international productions featuring a spectrum of artistic mediums, including music, storytelling, animation, film, dance and theatre.

“This year, the festival is celebrating its first birthday, and everyone is invited to ŻiguŻajg’s quċċija, during which Valletta will once again be transformed into a haven for the arts.”
– Gozo News 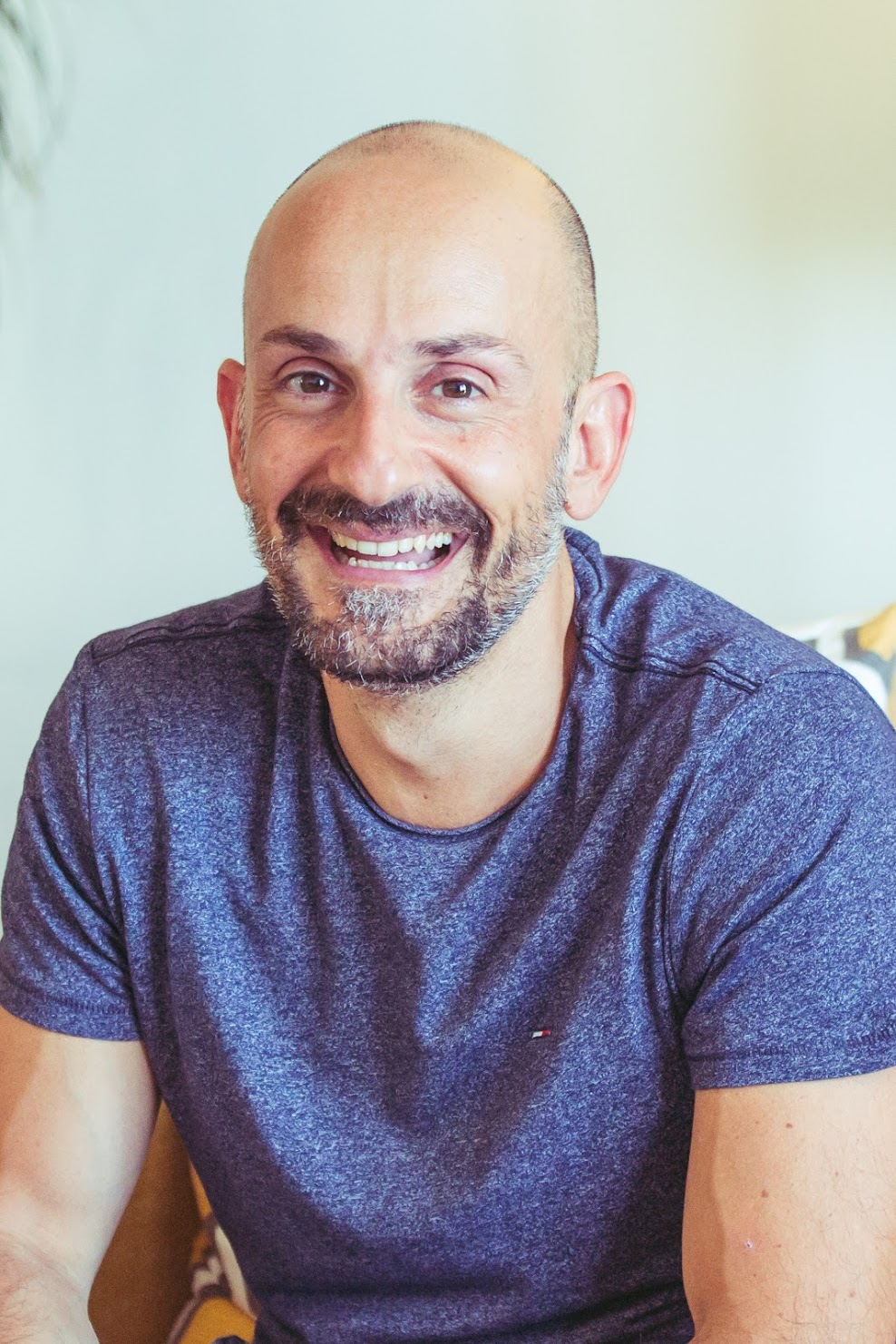 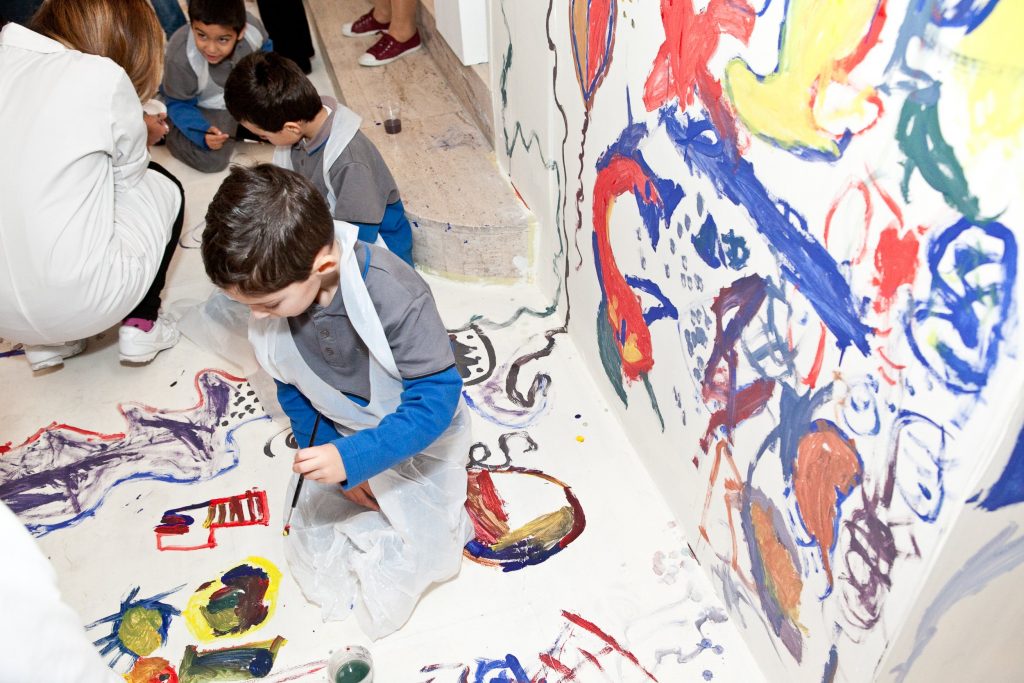 This edition gave some of its players the chance to share ŻiguŻajg with an international audience!

In 2013, a project commissioned by ŻiguŻajg was chosen to represent Malta as a Commonwealth country at the Tin Forest International Theatre Festival, as part of the Glasgow 2014 Cultural Programme. The production was directed by Denise Mulholland, and choreographed by Warren Bonello.

“Commissioning new work is extremely important to me. This is the only way we can keep pushing boundaries and keep moving forward. If we carry on regenerating past shows and older repertoire, then I’m not sure that we would be directly answering, challenging and confronting issues that are necessary to address right now.”
– Marta Vella, Festival Director 2020 – present 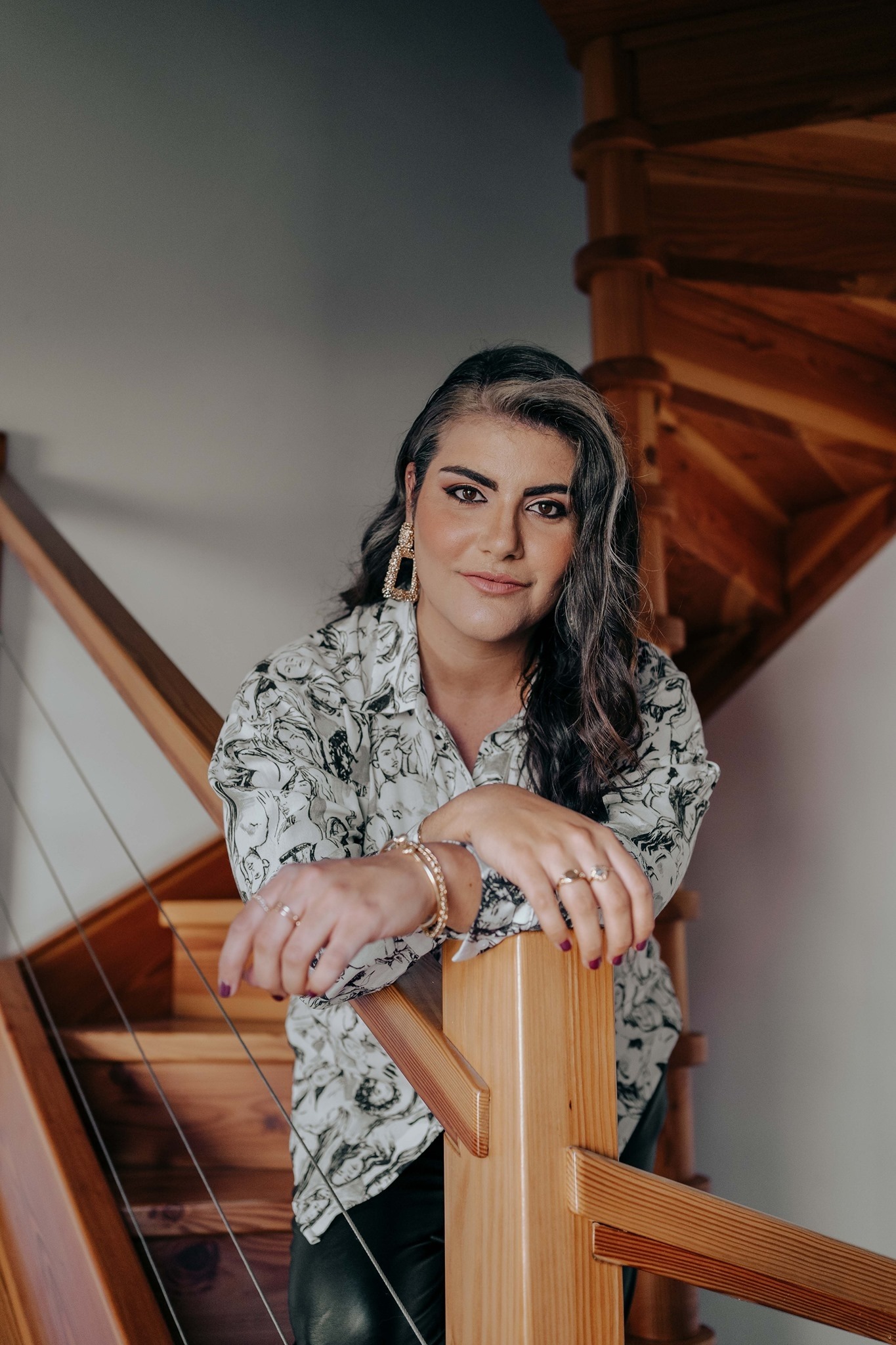 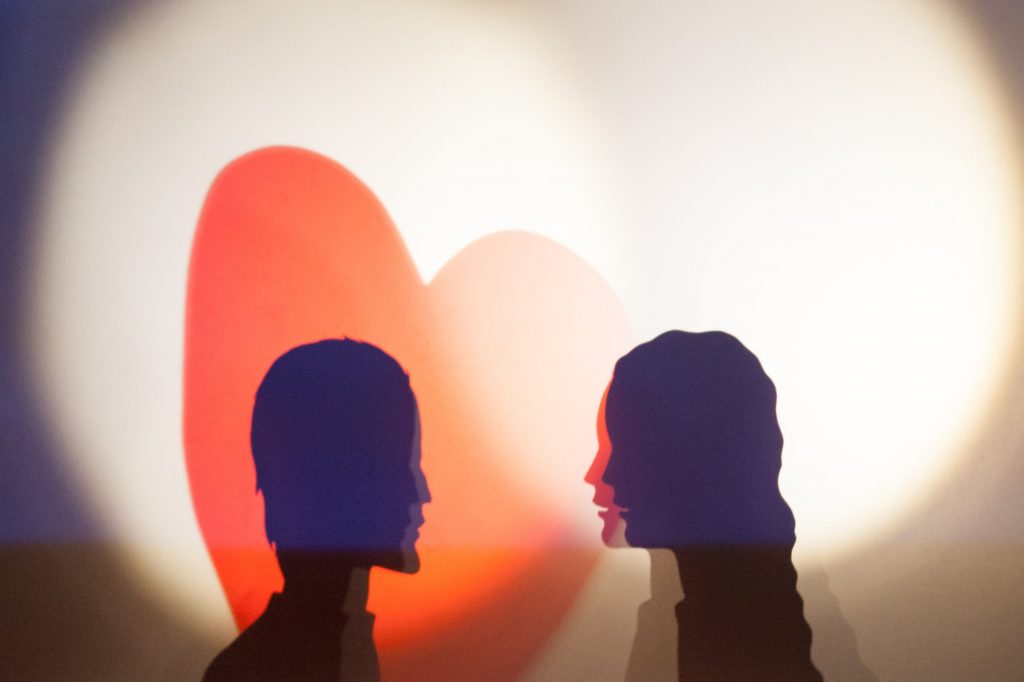 At ŻiguŻajg, we like to get down and dirty with the issues that really matter; the ones on everybody’s lips, and the ones you only think about when you’re sitting through a really boring lesson.

We’ve never shied away from challenging the norm and shaking things up a bit… in the nicest way possible, of course. We’ve always done this by creating exciting narratives which not only entertain, but also engage our young audiences.

“I was fixated about having a very loose narrative for the festival. During one year, my inspiration was to create the contemporary within the historical, so we had the La Valette statue pimped out in jeans, gold chains and a baseball cap. I commissioned the designer to sow it on at night, and it caused such an uproar over three days! The garments were removed, things got stolen, we received complaints… The police came in to question us…”
– Toni Attard, Artistic Director 2011 – 2015 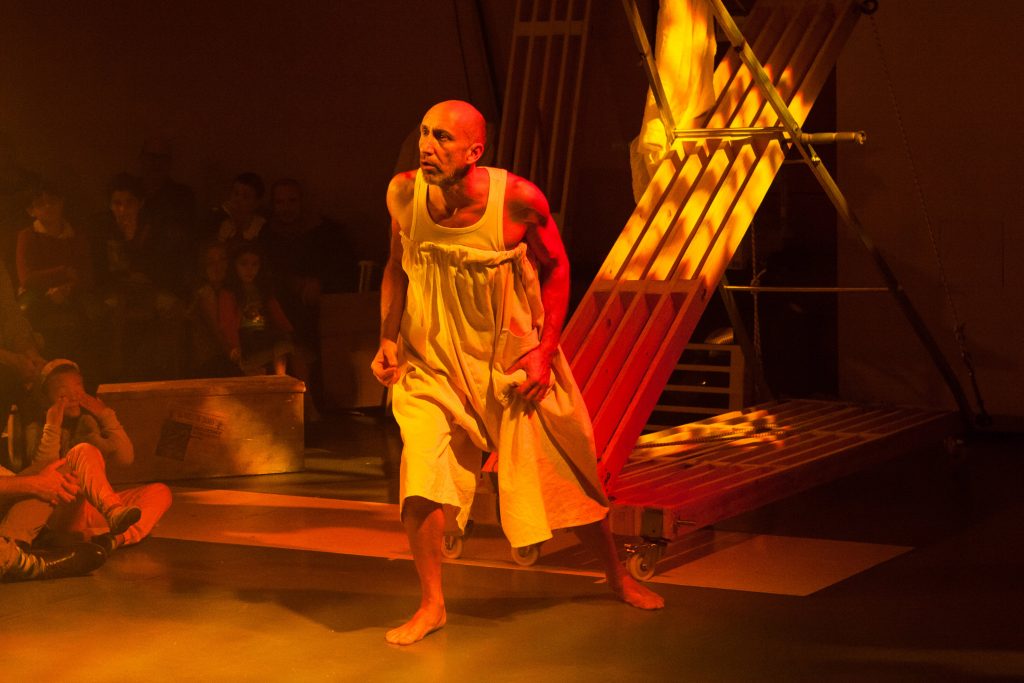 Influencing Theatre Makers and Other Organisations

The ŻiguŻajg Festival has garnered a reputation for being a professional and reliable co-producer and commissioner through working with a number of local organisations, such as the Malta Philharmonic Orchestra and ŻfinMalta, as well as a number of local and emerging producers and artists. ŻiguŻajg also opens doors for those seeking a career in the arts, festivals and cultural management. As a result, many of those who’ve worked within the Festival Team are now working full-time in the creative sector.

As Antonella Axisa Festival Director at Trikki Trakki can attest, ŻiguŻajg had introduced the idea of theatre for children and young people.

“In 10 years, the festival has grown so much… We now have a generation of children who are able to dream and be creative. They’re watching theatre of a very high standard, and it helps them aspire to work within the sector.”
– Antonella Axisa, Trikki Trakki Festival Director 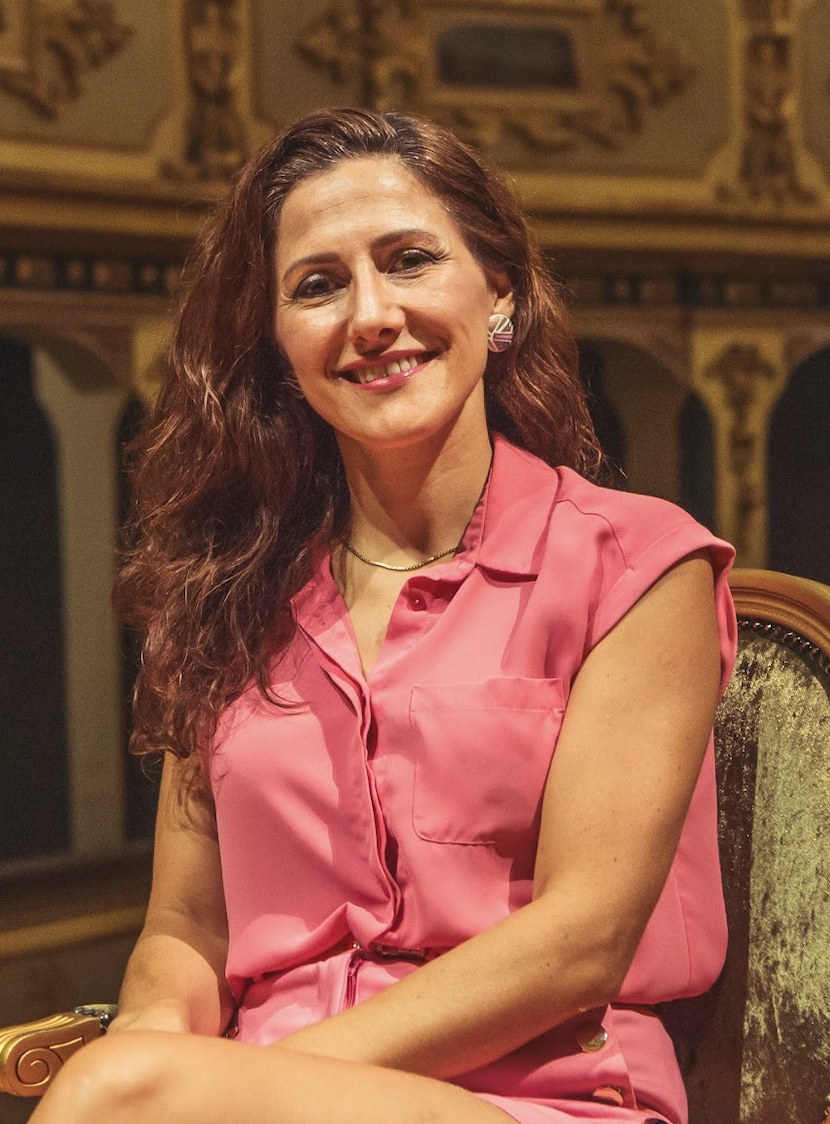 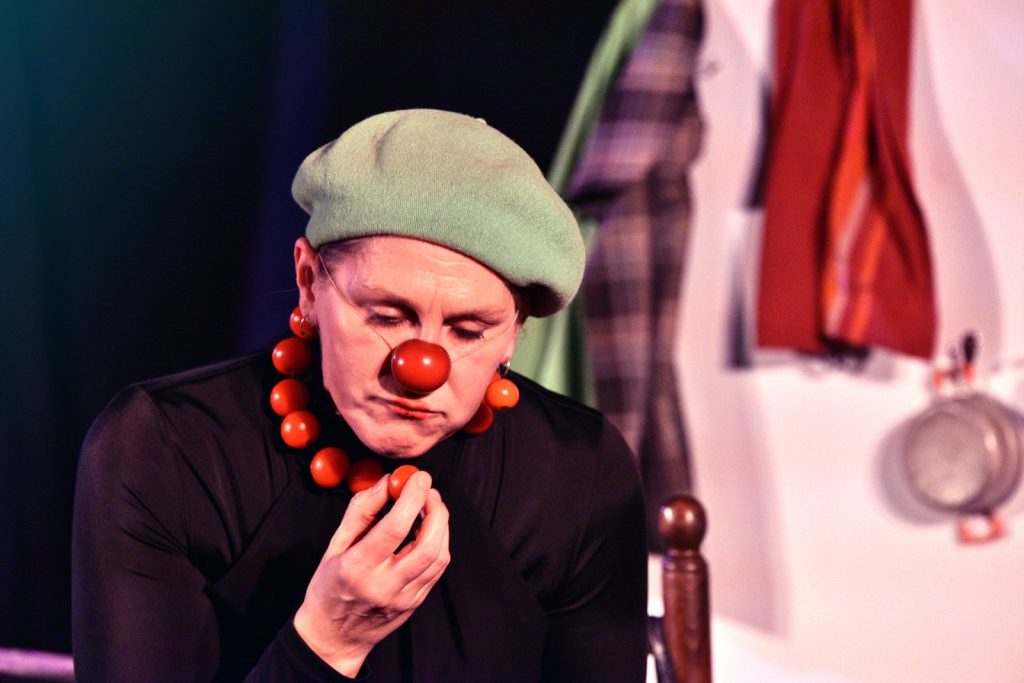 The Year of Sillu: Daniel Azzopardi is appointed as the festival’s Artistic Director

In 2016, ŻiguŻajg was paid a visit by Sillu, who came all the way from the land of giants. Since none of his giant friends wanted to play with him anymore, our tiny island seemed like a good place to start looking for new friends. The giant toy horse wandered around the streets of Valletta, having a blast with our local young ones.

Among other successful shows, Play by Cirk La Putyka (Czech Republic) was performed at St Magdalene’s Chapel in Merchant Street.

“When I became director in 2016, it was really and truly about the aspect of professionalisation. I pushed a lot for the element of process, and how we were going to devise the work from a local perspective. I asked the artists to enhance their level of work and the quality of their productions, not only for the benefit of local audiences, but to also showcase ourselves on an international level.”
– Daniel Azzopardi, Artistic Director 2016-2019 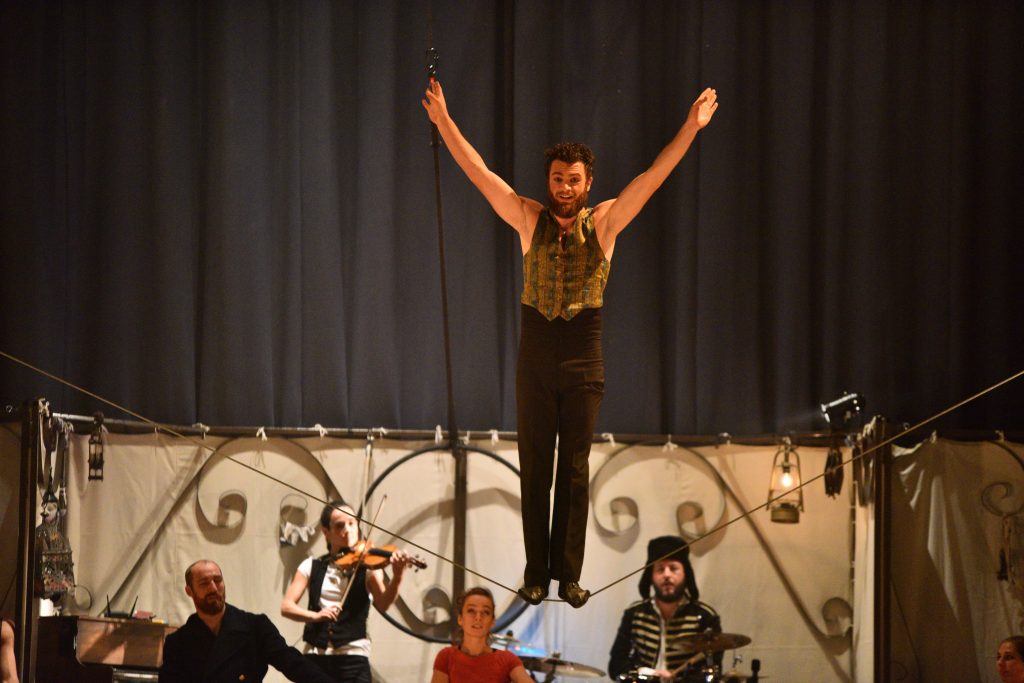 A Big Thank You to the Past and Present: ŻiguŻajg Family International Delegates Programme

Everyone who’s been involved with ŻiguŻajg over the years has left their mark on this incredible legacy. Their contributions have all led to where the Festival is today, and no part has been too small.

“Year after year, we strive to create new opportunities for artists and producers in Malta, ones which will allow them to share and learn from other entities on their approaches to theatre for children. We want to maintain a hub where local artists can witness international work which they otherwise would not have been able to experience outside of ŻiguŻajg.

Our workshops and networking events are a constant feature in our programme, and I think that the standard of local work has certainly improved, as the festival has set the bar high over time. Ultimately, we want to keep on supporting and building relationships with the artists.”
– Christopher Buttigieg Hospitality and Legacy Officer 2017 – present 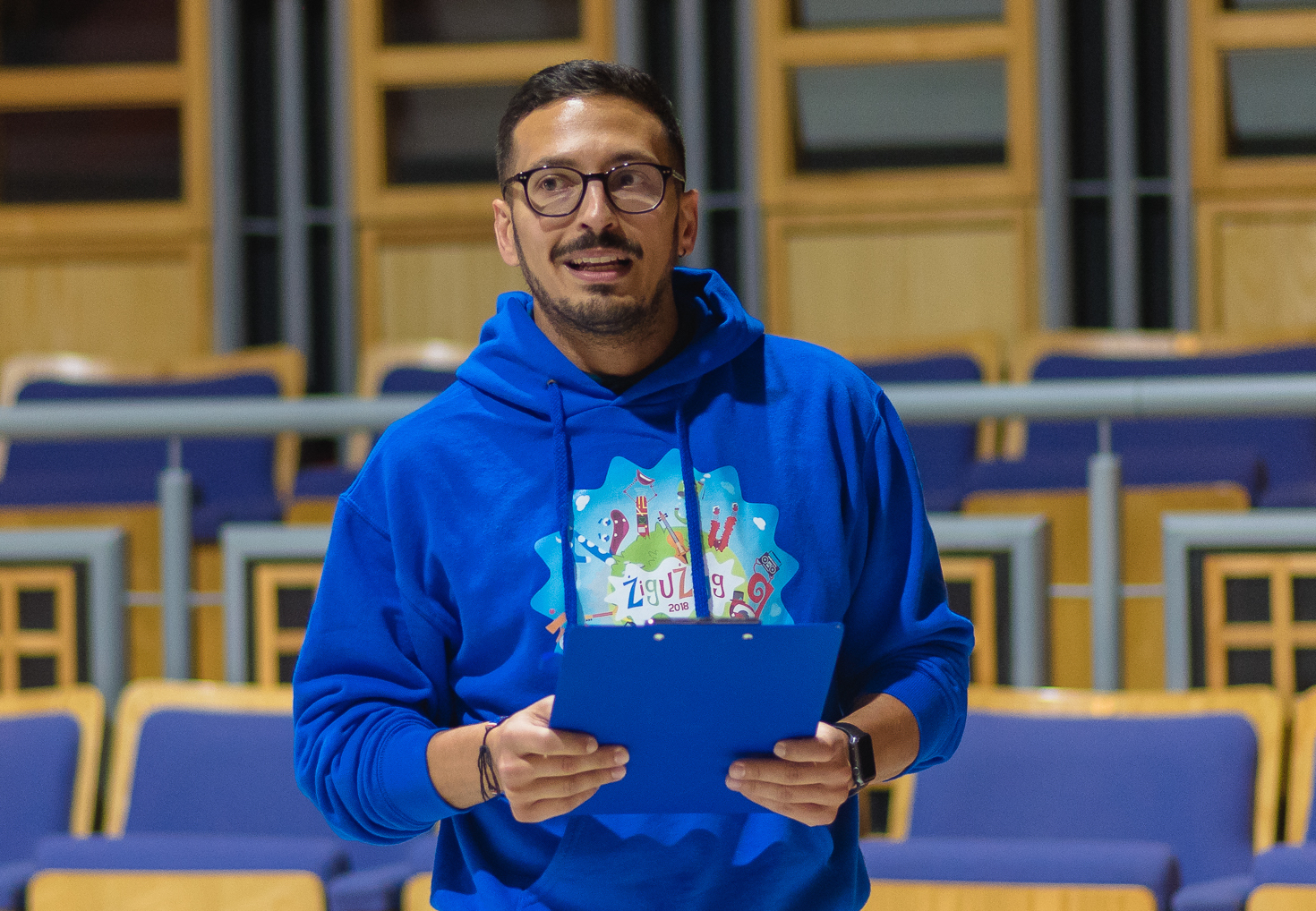 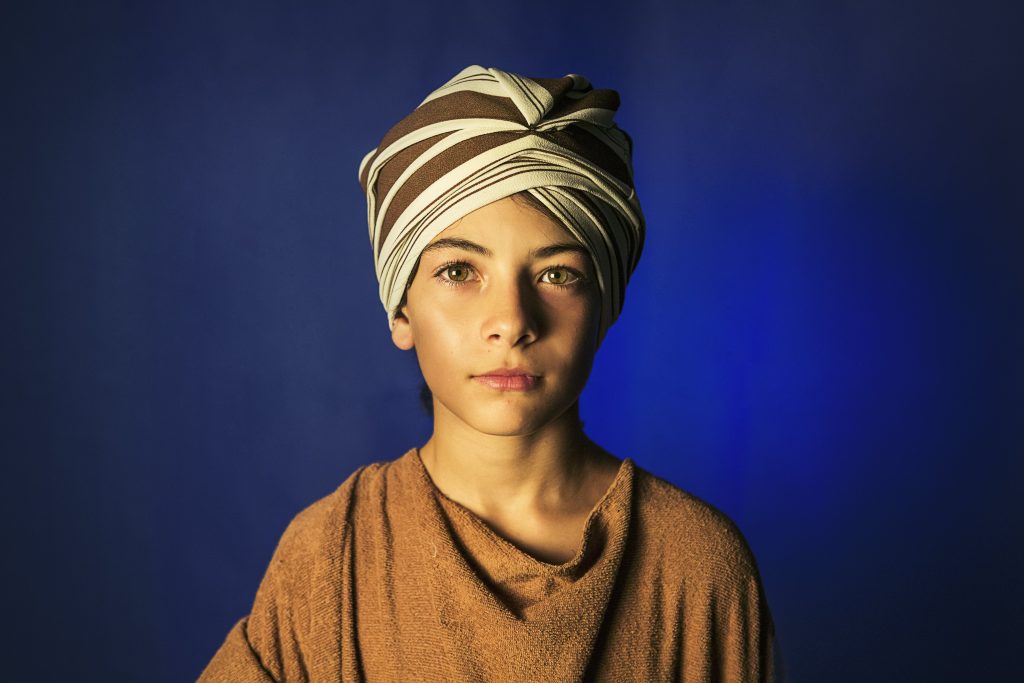 The team and creatives at ŻiguŻajg have always felt responsible for what the future will look like, and the Festival feels accountable for providing the right tools for children and young people to think critically and assess the world around them through arts and culture. This could never be achieved without the fruitful rapport we’ve held with schools and educational institutes over the years. 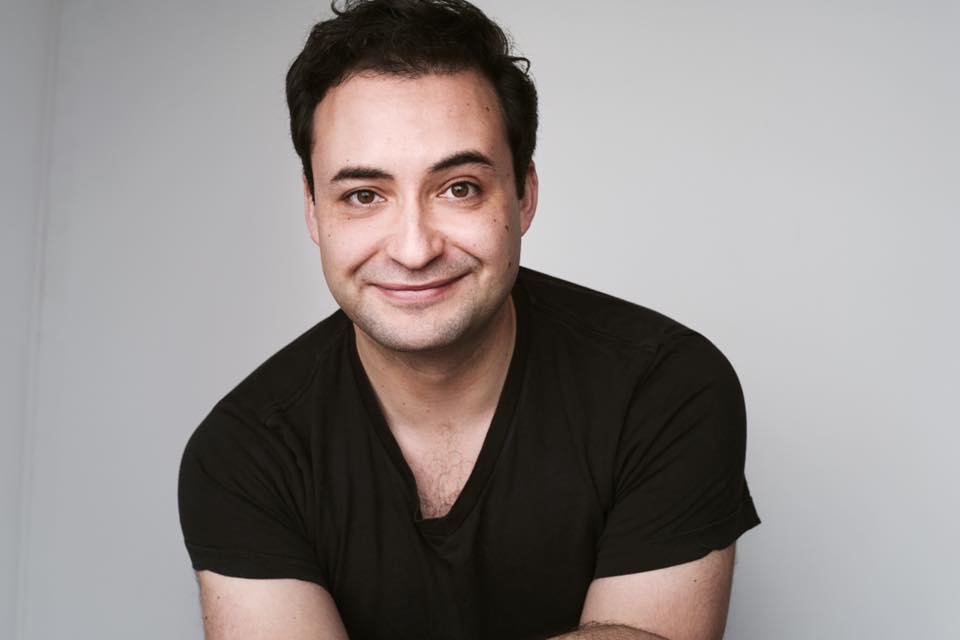 In keeping this relationship at the heart of what we devise, we commission new work and collaborate with creatives to develop targeted and structured workshops to accompany our productions. We also work hand in hand with schools to assemble and deliver effectual resource and education packs, in order to keep educators and pedagogues in the driver’s seat. 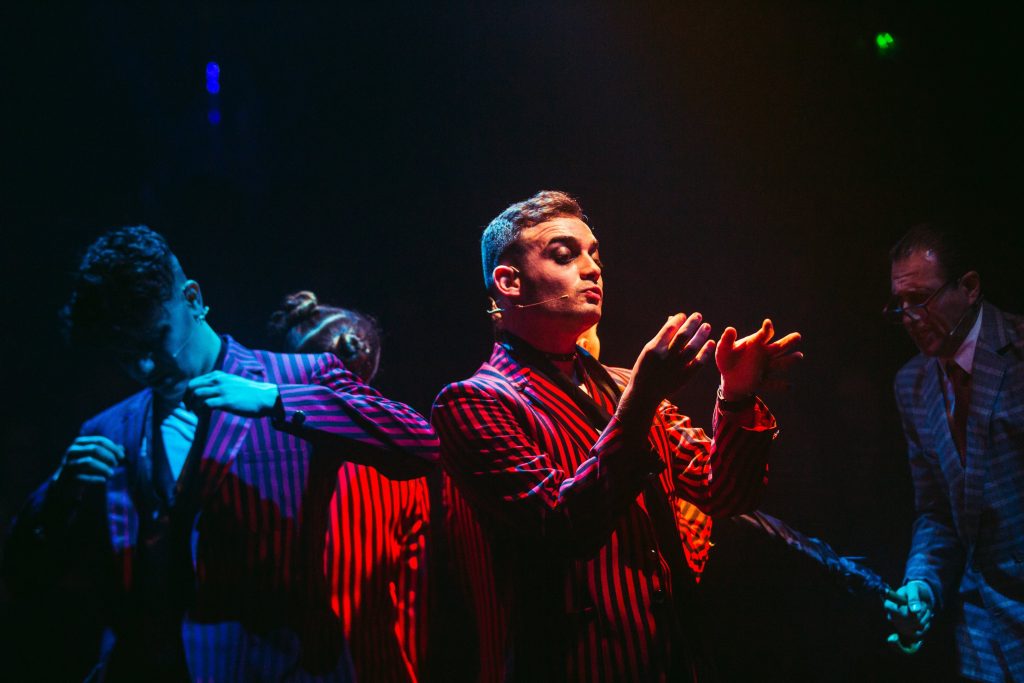 The ŻiguŻajg Family Getting Bigger and Better

“The ŻiguŻajg International Arts Festival for Children and Young People is the only festival in Malta specifically aimed at this demographic, presenting an eclectic programme of internationally acclaimed productions and newly commissioned work year after year. Since its inception in 2011, the 10-day festival programme of ŻiguŻajg has grown from strength to strength in becoming a landmark of the cultural calendar, both in Malta and internationally.”
– www.airmalta.com

“We now have around 25 to 30 Festival Assistants throughout the full ten days of the festival, and this is because we are now giving huge importance to the experience that we give to our audiences, even outside of the performance itself.”
– Vanessa Attard, Front of House Officer 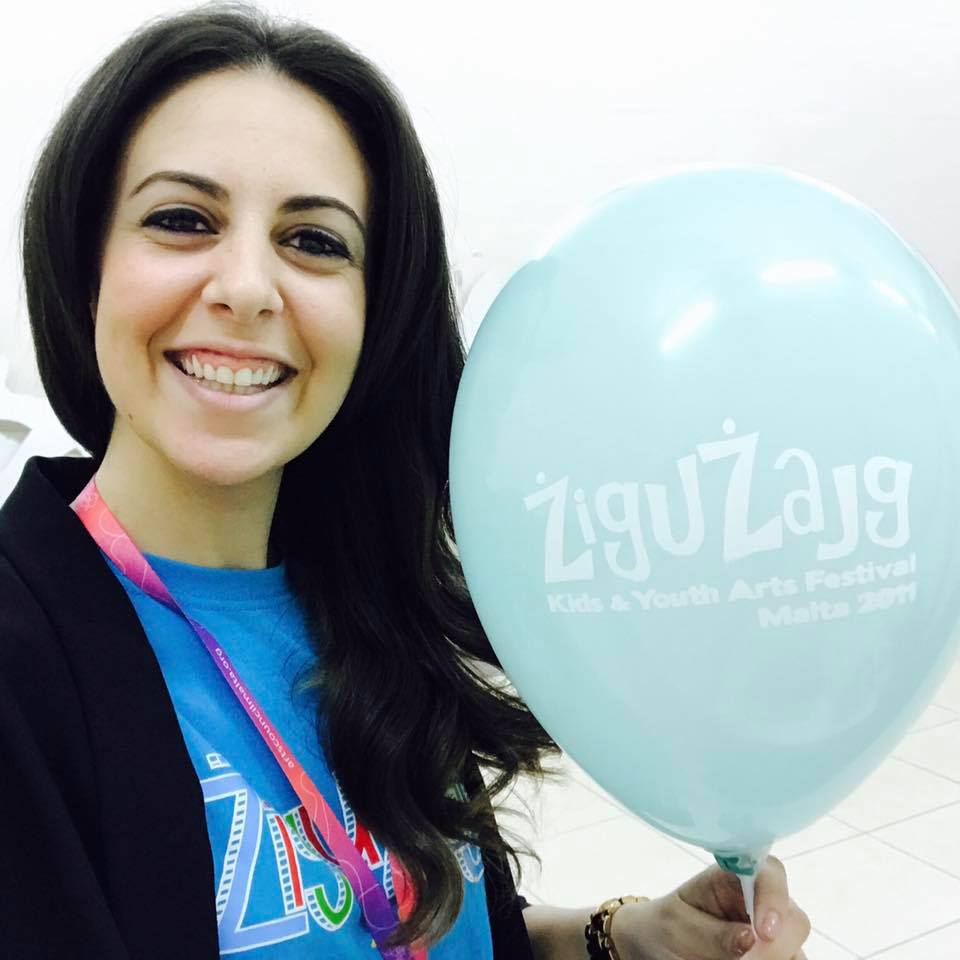 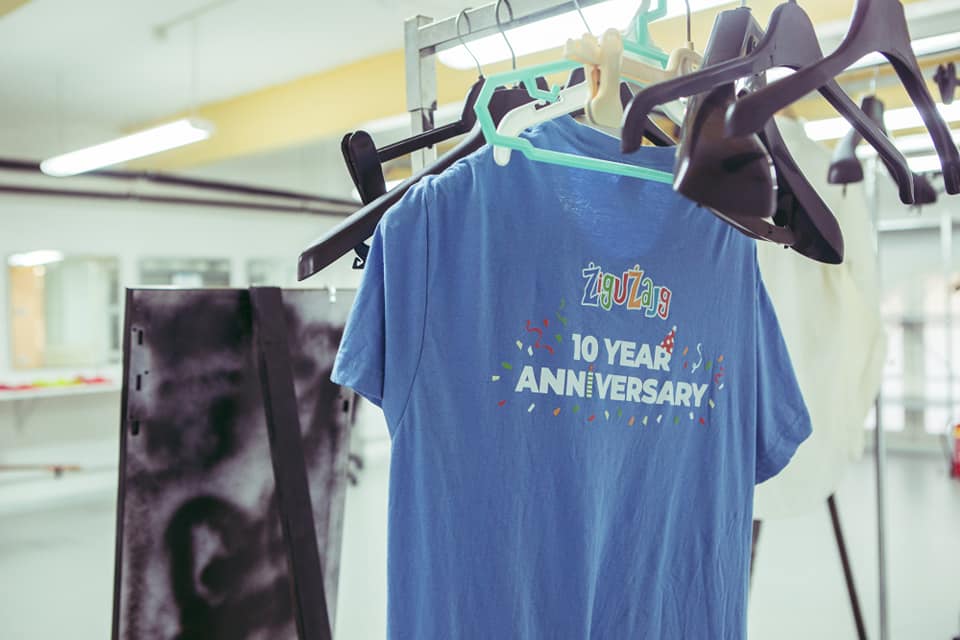 2020 has been a challenging year for the whole world, to put it mildly.

Nevertheless, under the direction of Marta Vella, ŻiguŻajg rose to the occasion, and saw opportunity in the face of adversary. As creatives with a heightened awareness of communities’ limitations and obstacles, the ŻiguŻajg team envisioned a wholly accessible Festival that is diverse, interactive and reachable to children and young people from all walks of life, one which they could enjoy from the safety of their own homes.

“I want to keep pushing the envelope, commissioning work that is relevant and bringing more of the magic only ŻiguŻajg can bring to children and their families.”
– Marta Vella, Festival Director 2020 – present